The Committee are a London based improv group specialising in being absolute legends. Each a performer in their own right, they turn up in all sorts including TV shows for BBC, ITV & Channel 4. Here's what they look like and a bit of info on where you might know them from... 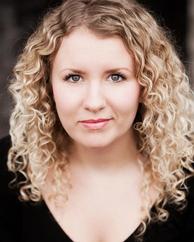 KAYLEIGH LLEWELLYN is a screenwriter and performer from Wales. She has studied improv with The Free Association, Monkey Toast, UCB, Groundlings and iO. She plays with The Cartel and The Ladies of FA County, and is a founding member of The Committee.
​
Kayleigh writes across TV and Film, credits include: CASUALTY (BBC 1), HOSPITAL PEOPLE (BBC 1) and STELLA (Sky1). She's a 'Broadcast Hot Shot 2016', selected for the 'BFI Flare Mentorship Programme 2016', and recipient of the 'BAFTA Rocliffe New Comedy Award 2012'. 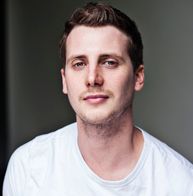 ADAM ROJKO VEGA is a classically trained actor and writer from Nottingham.

​Trained at Royal Central School of Speech and Drama. He has been involved in a number of films that have had successes at various festivals including Palm Springs and Raindance. He is currently developing a comedy pilot with a London based production company. 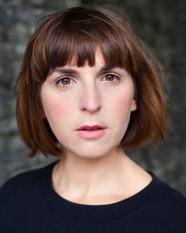 KATHRYN BOND is an actress, writer, comedian and improviser. She studied Acting amongst the likes of 'The League of Gentlemen' at Bretton Hall and then continued her bohemian dream and went to Clown school with Phillipe Guallier.

​She formed critically acclaimed comedy That Pair and is now performing her solo show Loo Roll around the country. As an actress Tv Credits include Doctor Brown's Channel 4 Blaps, Call the Midwife, The Agency and Sky's The Greatest of all Time along with Radio 4’s Sketchorama and Expenses Only. Kat trained at Monkey Toast and FA in the UK along with several guest coaches from around the world and is a proud member of The Committee. 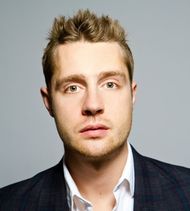 MAX DICKINS started his career as a radio presenter for Absolute Radio, where he was nominated for a prestigious Sony Radio Award.

His first book, ‘My Groupon Adventure’, was published in June 2016 by Unbound/Penguin-Random House. His first play ‘The Trunk’ was a critical hit at the 2016 Edinburgh festival with several 4 and 5 star reviews. It was named by Theatre Weekly as one of their top ten theatre shows of 2016. 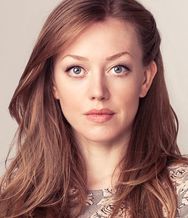 KATHERINE BENNET-FOX is an actress who has studied with The Free Association and Monkey Toast, and is part of one of the FA’s original house Harold teams ‘The Wilsons’. She also performs with renowned troupe ‘Keith’ & is very excited to join 'The Committee'. 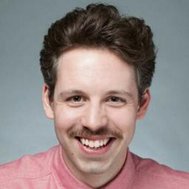 NICK HALL is a comedy performer, writer and improviser.

Since 2013 he’s reached the semi-finals of So You Think You’re Funny, beaten the Gong at The Comedy Store, beaten the Blackout at Up the Creek, and won the New Act Night at the Comedy Café.

​He’s performed on BBC2, BBC3, and BBC Radio 4, and has various sitcom projects in development. His latest solo show, SPENCER, will debut at the 2017 Edinburgh Fringe this August. 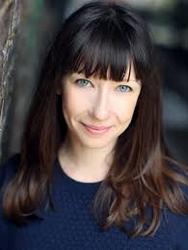 CLARE PLESTED is an actor, comedian and improviser.  She has trained in long-form improv with The Free Association, UCB, Groundlings and iO.

She also plays with The 838 and Ladies of FA County. Clare has written and performed 3 critically acclaimed character comedy shows at the Edinburgh Fringe Festival. She is currently previewing her brand new show ‘Partay!’. 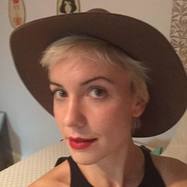 ELLEN LOGUE is an improviser from Ireland, working in London.

​She has studied improv with The Free Association, Hoopla, UCB, The Groundlings and iO. She is a member of The Committee and performs regularly with them in venues throughout the UK and internationally. Ellen is currently preparing to take The Committee to New York to perform at DCM, and to Edinburgh Fringe Festival 2017. 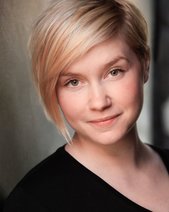 SALLY HODGKISS is an actor and performance artist.

​Her improv training includes IO, the Groundlings, UCB, Monkeytoast and the Free Association and she has performed comedy around the UK and US. Sally is a classically trained actor and her credits include performances at the Manchester Royal Exchange, Sheffield Crucible, HOME, Bolton Octagon, SXSW, the Arcola, Northern Stage and the Old Red Lion amongst others. She is co-founder and joint Artistic Director of Sonder Theatre company. 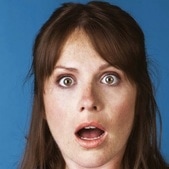 MADDY CARRICK trained at Drama Centre London and studied comedy farce at the Vakhtagnov Theatre in Moscow. She has performed at Shakespeare’s Globe, Cambridge Shakespeare and was a member of the 52 Show, the first comedy act to have a long term residency at the Leicester Square Theatre. Maddy then went on to found the comedy sketch group Quattro Formaggio which became KWAT, performing at the Edinburgh Festival twice and featured on both E4 and Radio 4. Maddy took her solo comedy character show, "Maddy's Carrickters" and her solo children’s comedy show "The World's Worst Birthday Party" to the Edinburgh Festival. She is also the 1980's face of PC World.
Powered by